Factsheet on the EU-Turkey Agreement
What has been agreed?
On 18 March, following on from the EU-Turkey Joint Action Plan activated on 29 November 2015 and the 7 March EU-Turkey statement, the European Union and Turkey decided to end the irregular migration from Turkey to the EU. Yesterday's agreement targets the people smugglers' business model and removes the incentive to seek irregular routes to the EU, in full accordance with EU and international law.
The EU and Turkey agreed that:
1) All new irregular migrants crossing from Turkey to the Greek islands as of 20 March 2016 will be returned to Turkey;
2) For every Syrian being returned to Turkey from the Greek islands, another Syrian will be resettled to the EU;
3) Turkey will take any necessary measures to prevent new sea or land routes for irregular migration opening from Turkey to the EU;
4) Once irregular crossings between Turkey and the EU are ending or have been substantially reduced, a Voluntary Humanitarian Admission Scheme will be activated;
5) The fulfilment of the visa liberalisation roadmap will be accelerated with a view to lifting the visa requirements for Turkish citizens at the latest by the end of June 2016. Turkey will take all the necessary steps to fulfil the remaining requirements;
6) The EU will, in close cooperation with Turkey, further speed up the disbursement of the initially allocated €3 billion under the Facility for Refugees in Turkey. Once these resources are about to be used in full, the EU will mobilise additional funding for the Facility up to an additional €3 billion to the end of 2018;
7) The EU and Turkey welcomed the ongoing work on the upgrading of the Customs Union.
8) The accession process will be re-energised, with Chapter 33 to be opened during the Dutch Presidency of the Council of the European Union and preparatory work on the opening of other chapters to continue at an accelerated pace;
9) The EU and Turkey will work to improve humanitarian conditions inside Syria.

On what legal basis will irregular migrants be returned from the Greek islands to Turkey?
People who do not have a right to international protection will be immediately returned to Turkey. The legal framework for these returns is the bilateral readmission agreement between Greece and Turkey. From 1 June 2016, this will be succeeded by the EU-Turkey Readmission Agreement, following the entry into force of the provisions on readmission of third country nationals of this agreement.

On what legal basis will asylum seekers be returned from the Greek islands of Turkey?
People who apply for asylum in Greece will have their applications treated on a case by case basis, in line with EU and international law requirements and the principle of non-refoulement. There will be individual interviews, individual assessments and rights of appeal. There will be no blanket and no automatic returns of asylum seekers.
The EU asylum rules allow Member States in certain clearly defined circumstances to declare an application “inadmissible”, that is to say, to reject the application without examining the substance.
There are two legal possibilities that could be envisaged for declaring asylum applications inadmissible, in relation to Turkey:
1) first country of asylum (Article 35 of the Asylum Procedures Directive): where the person has been already recognised as a refugee in that country or otherwise enjoys sufficient protection there;
2) safe third country (Article 38 of the Asylum Procedures Directive): where the person has not already received protection in the third country but the third country can guarantee effective access to protection to the readmitted person.

What safeguards exist for asylum seekers?
All applications need to be treated individually and due account must be paid to the situation of vulnerable groups, in particular unaccompanied minors for whom all decisions must be in their best interests.
Moreover, specific attention should be given also to persons who have members of their close family in other Member States and for whom the Dublin rules should be applied.
All applicants will also be able to appeal their decision.

How can you be sure that people will be given protection in Turkey?
Only asylum seekers that will be protected in accordance with the relevant international standards and in respect of the principle of non-refoulement will be returned to Turkey.
The EU will speed up the disbursement of funds from the €3 billion Facility for Refugees in Turkey. This funding will support Syrians in Turkey by providing access to food, shelter, education and healthcare. An additional €3 billion will be made available after this money is used to the full, up to the end of 2018. The UNHCR will be a key actor in the readmission and resettlement processes to provide additional support and supervision.

What operational support will Greece need in order to implement the scheme?
The implementation of the agreement will require huge operational efforts from all involved, and most of all from Greece. EU Member States agreed to provide Greece at short notice with the necessary means, including border guards, asylum experts and interpreters.
The Commission estimates that Greece will need:
Around 4,000 staff from Greece, Member States, the European Asylum Support Office (EASO) and FRONTEX:
Material assistance:

Who will coordinate this support?
Heads of State or Government meeting in the European Council on 17-18 March 2016 agreed that "the Commission will coordinate and organise together with Member States and Agencies the necessary support structures to implement it effectively."
President Juncker has appointed Maarten Verwey to act as the EU coordinator to implement the EU-Turkey statement. Maarten Verwey is the Director-General of the European Commission's Structural Reform Support Service. He leads a team which has already been on the ground in Greece since October 2015, working hand in hand with the Greek authorities to address the refugee crisis, by accelerating access to emergency funding, improving the coordination between the various actors, addressing administrative bottlenecks and facilitating knowledge sharing on border management and relocation. The EU coordinator has at his disposal significant resources from relevant European Commission services in Brussels (in particular DG HOME) and EU agencies (FRONTEX, EASO, Europol).
The EU coordinator will organise the work and coordinate the dispatching of the 4,000 staff that will be needed from Greece, Member States, the European Asylum Support Office (EASO) and FRONTEX. Staff needed include case workers, interpreters, judges, return officers and security officers.

What financial support will be provided to Greece?
The Commission estimates the costs of the practical implementation of the agreement to be around €280 million euro over the next six months.
The EU will support Greece to put in place the necessary human resources, infrastructure and reception capacity in order to carry out registrations appeals processes and large scale return operations. In particular, the hotspots in the islands in Greece will need to be adapted – with the current focus on registration and screening before swift transfer to the mainland replaced by the objective of implementing returns to Turkey.
Since the beginning of 2015, Greece has been awarded €181 million in emergency assistance. For 2016, the Commission has significantly increased the emergency assistance budget under the Asylum Migration and Integration Fund (AMIF) and the Internal Security Fund (ISF) - the total amount of emergency funding available in 2016 for the refugee crisis now stands at €464 million. €267 million has been earmarked for Greece, out of which €193,7 million is still available to support the Greek authorities and International Organisations operating in Greece in managing the refugee and humanitarian crisis, provided requests for financing are submitted to the Commission. This funding can be made available for the funding of reception centres on the islands, as well as support for return operations (transport and accompanying measures). This funding can also be used for the temporary deployment of additional Greek staff or Member States' experts deployed to Greece. Yesterday, the Commission awarded an additional €30.5 million from the available emergency funding for Greece to support the Greek Ministry of Defence in providing shelter, accommodation, food and health care to refugees.
The emergency funding comes on top of the €509 million already allocated to Greece under the national programmes for 2014-2020 (€294.5 million from AMIF and €214.7 million from ISF).
€60 million euro is available in funding for return operations, including the reimbursement of the costs of Frontex return experts, the reimbursement of transport costs (including vessels made available through Frontex) and the reimbursement of police officers for return escorts (including police officers seconded by other Member States on the basis of bilateral police cooperation agreements).
Under the budget of the European Asylum Support Office, €1,9 million (additional allocations are foreseen) is available to support Member States under particular pressure in 2016 with the funding of for example case worker and judges and part of the mobile containers.
On 2 March, the Commission proposed an Emergency Assistance instrument, providing €700 million over the next three years, to be used within the European Union to provide a faster, more targeted response to major crises, including helping Member States cope with large numbers of refugees. The estimated needs for 2016 are €300 million with a further €200 million each for use in 2017 and 2018, respectively.

When will the new agreement take effect?
The agreement will take effect from 20 March 2016. What this means in practice is that anyone arriving in the Greek islands from this date will be returned directly to Turkey if they have no right to international protection or do not claim asylum. Those who claim asylum will have their application processed, in an expedited fashion, with a view to their immediate return to Turkey if the claim is declared inadmissible.

When will resettlements from Turkey start?
Resettlements of Syrians under the 1:1 scheme will commence as of the beginning of April.
What happens to migrants who are already in Greece?
The Greek authorities, EU Member States and EU Agencies will accelerate relocations from Greece and provide rapid humanitarian assistance to Greece. In view of the emergency situation on the ground, 6,000 relocations should be achieved within the next month and at least 20,000 relocations completed by mid-May 2016.
MEMO/16/963
Πηγή:http://europa.eu/rapid/press-release_MEMO-16-963_en.htm
ΣΧΕΤΙΚΑ:
Ευρω – συμφωνία κηδεία δικαιωμάτων και προσφύγων
Δήλωση της Πολιτικής Γραμματείας του ΕΠΑΜ αναφορικά με τα αποτελέσματα της διάσκεψης κορυφής ΕΕ - Τουρκίας
Ας αφήσουν τα κροκοδείλια δάκρυα για τους πρόσφυγες οι νεοναζί ηγέτες της ΕΕ. 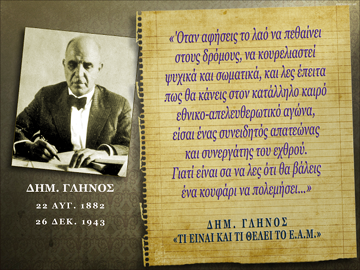 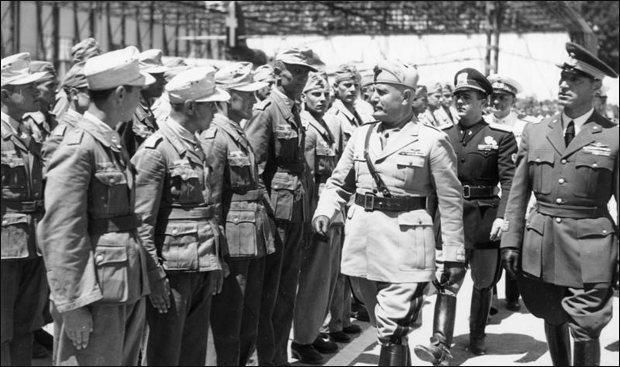 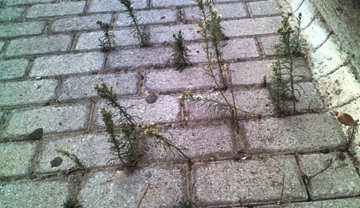 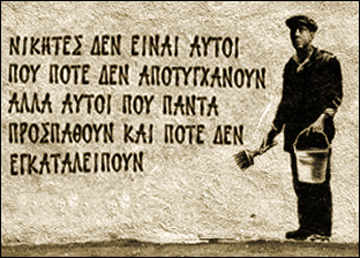 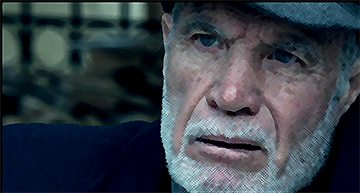 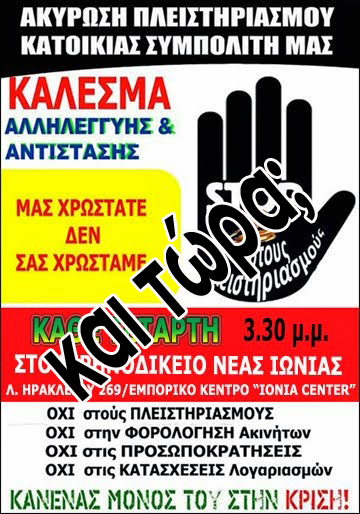 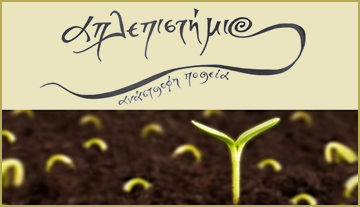 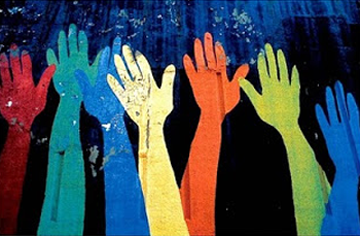 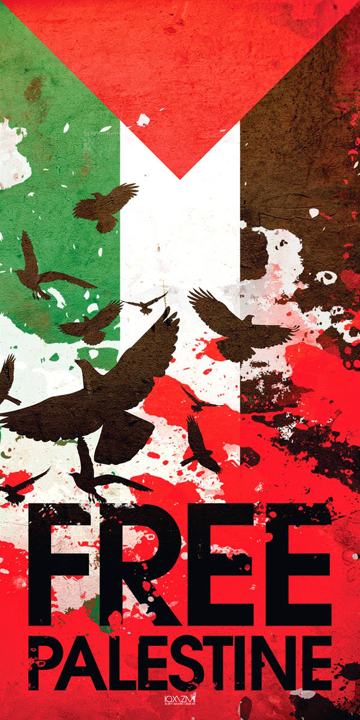